There are hundreds of different decks in the world of Tarot, no two alike and each one reflecting the unique talents and vision of its creator. Below are brief descriptions of all the decks that are available for my readings. When you choose a reading, you may choose whichever deck feels right to you – each will have its own special messages and interpretations. I am very happy to be able to feature decks created by several friends and colleagues in the world of tarot, such as the Gaian Tarot by Joanna Powell Colbert, Tarot of the Crone by Ellen Lorenzi-Prince, the Jane Austen Tarot by Diane Wilkes, and the Bright Ideas Deck by Mark McElroy. There are also many other lovely and traditional decks among them. If you don’t see one you particularly were hoping for, let me know – I may have it.

Descriptions and links to the decks that are available are below – click on the name of the deck to see representative cards.
CLICK HERE to order once you have chosen your deck.

Universal Waite – The tarot deck that many consider the modern standard
Hanson-Roberts– A beautiful, gently-illustrated deck in the Rider-Waite-Smith (RWS) family
Morgan-Greer – A deck with brilliant colors and no borders – the images are right there with you
Hudes – A RWS deck with delicate water-color illustrations and a somewhat melancholy Renaissance feel
Tarot of Dreams– An intense, beautiful deck by Ciro Marchetti, artist of the Gilded Tarot
Crystal Tarots– A gorgeous Italian deck with fine details and crystalline artwork
Visconti Gold– A historically accurate reproduction of the 15th-century Visconti-Sforza deck of northern Italy
Thoth – Filled with esoteric, Egyptian, and magickal symbolism, Aleister Crowley’s deck is a standard

Druidcraft – A beautiful, earthy, nature-based deck with scenes and people that come alive; in the druidic tradition
Gaian Tarot – A nature-centered deck with images of the sea, forest, and wildlife, with the four elements as suits
Tarot of the Trees – A lovely, vibrant little deck featuring trees of all seasons
Herbal Tarot– A healing deck blending herbs and tarot, including medicinal, spiritual, and everyday uses for herbs
Nature Speaks – An oracle deck rather than a tarot deck, it uses simple but beautiful images to convey its messages 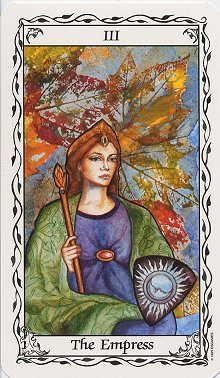 World Spirit – A vibrant and eclectic deck, culturally diverse and colorful, made from block prints
Tarot of the Crone – Not for the faint of heart – the crone speaks the truth and works with the shadow side
Bright Ideas Deck – A brilliant almost-tarot brainstorming deck with modern images
Jane Austen Tarot – What would Jane do? Find out, with this deck based on Jane Austen’s books
Halloween Tarot – An irreverant and fun deck! Suprisingly insightful – look for the black cat in every card

EVEN MORE DECKS AND ORACLES

I have far more tarot and oracle decks than are listed above, and you’re also welcome to choose any of the ones below that look intriguing for your reading. Click on the titles in blue for images and descriptions. If you’d like to use one of these, just select “Choose one for me, please” in the deck selection and then note which one you want in the Question area.